Is The Life Changing Magic of Tidying worth buying? – the KonMari method 2 weeks in 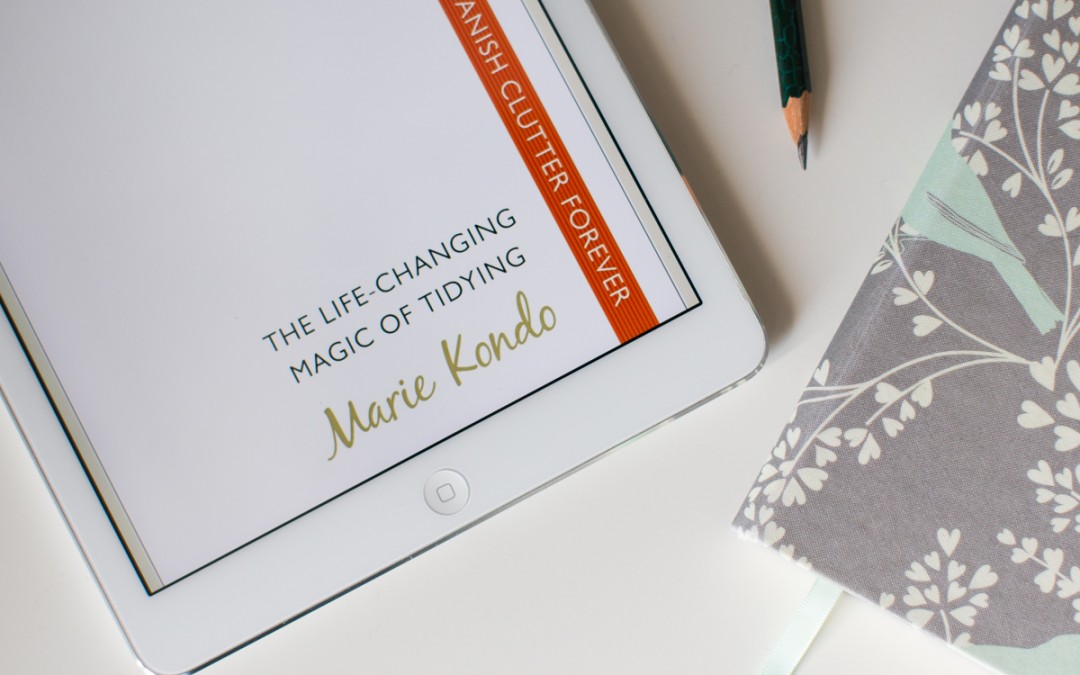 One of my goals for 2016 is to declutter the house. Before kids, I used to spring clean every year. After their arrival and with a new business to create too, I just didn’t have the time. But now we have no spare room or surfaces left, decluttering has become a must.  We live in an average sized 3 bedroom house, but if we had to move now we’d need at least 2 large removal lorries, most of which would be full of stuff that we haven’t used in years.

I’d heard a lot of people raving last year about “The Life-Changing Magic of Tidying Up” by Marie Kondo, but I was sceptical.  What could she possibly teach me about tidying and decluttering when I’d spent my formative years living with the world’s tidiest woman?  My mother wouldn’t even let me use a pencil eraser because the rubbings out would make a mess. “Proper artists never need to rub out”, she would say, giving me a complex about my drawing attempts from a very young age.

But having been converted to the strangely satisfying art of knicker folding* after watching a Periscope by another decluttering expert, Julie Stevens, back in the summer, I decided that investing £7.99 in the Kindle edition was worth a try.

I finished the book in a couple of sittings. I didn’t think it was that groundbreaking as I read through, and some of the advice seems quite mad: I haven’t embraced the idea of thanking my handbag each time I come home, though given that I find keeping a gratitude diary useful, perhaps I should! But the impact it’s had on our house already is, dare I say, life-changing.

The basic concept’s a simple one – if something doesn’t spark joy, get rid of it. When I explained this to my other half, he thought it was crazy. “My work shirts don’t spark joy but I still need them”.  But he agreed to give it a go and within an hour or so, we’d got four big bin liners of clothes waiting in the hallway to head off to the charity shop.  And yes, he did keep his work shirts, though he did get rid of some of his less “joyful” ones.

Marie advises you to declutter your possessions in a specific order that she’s worked out based on how attached people are to them. That way, you get to practise decluttering using items that are easily replaceable so, eventually, you’ll be able to deal with the really sentimental, irreplaceable stuff like photos. On that basis, she recommends starting with clothes, then moving on to books.  I’m too attached to my books so they’ll probably be one of the last things I tackle.

But our small kitchen has been driving me nuts for years: doors that don’t shut properly, hardly any clear work surfaces, stuff shoved on top of cupboards, takeaway container lids that throw themselves at you whenever you open the cupboard door – you get the picture. So I moved from clothes to “komono” which means miscellaneous stuff or, specifically for us this week, crockery, glassware, cutlery, cooking utensils and electrical equipment.

Odd items whose companions were broken years ago; my mum’s best 1960s tea plates that we’ve never used (and she only ever used twice to my knowledge); duplicate items (how many teaspoons do 4 people and a cat need? Certainly not 50!); and the cheap poultry lifters that my auntie gave me for Christmas one year when I really wanted proper stainless steel ones – none of them spark joy so they’ve all gone. Here’s our crockery cupboard after decluttering. It’s never been this tidy before. And it looks even tidier now as we’ve invested in new plates and bowls that all match. 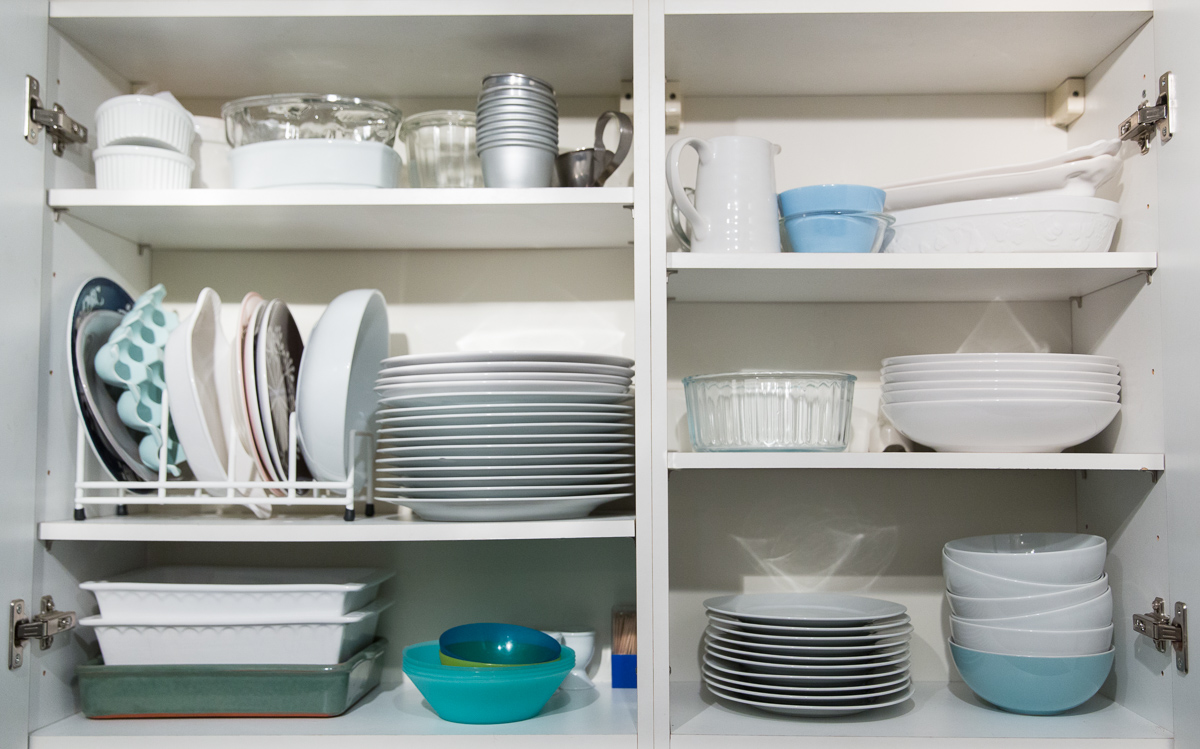 So is “The Life-Changing Magic of Tidying” worth buying? My answer is a resounding yes. Even though we’ve spent money on new crockery, the £7.99 investment has more than paid for itself already because we no longer need a new kitchen – everything fits in the existing cupboards, the doors shut properly and it’s so much easier cooking in there – so it’s saved us thousands! Selling the remaining piles of discarded clothing and kitchen items should net us £100+ too. Thank you so much, Marie Kondo.

We’ll be carrying on with our KonMari-ing until we’ve done the whole house. She reckons that typically takes 6 months so I’ll report back on progress later this year.

If you’re decluttering, whatever method you’re using, I’d love to know how you’re getting on – feel free to share your tips and hints in the comment section below.

* If you haven’t clicked away already, don’t take the mick out of knicker folding. My friends think I’m nuts but it saved me a few pounds purchasing new ones, as I found loads of good ones lurking at the bottom of the old pile that hadn’t seen the light of day for years. And it is so much better being able to see all your undies at once, honestly!

We use cookies to ensure that we give you the best experience on our website. If you continue to use this site we will assume that you are happy with it.Ok